What is the Chern Medal?

29 Apr What is the Chern Medal?

Posted at 08:38h in Uncategorized by alohamindmath 0 Comments
0 Likes

The Chern Medal is one of four mathematics related awards presented to mathematic scholars. It is named in honor of the late Chinese mathematician Shiing-Shen Chern. The award is a joint effort of the International Mathematical Union (IMU) and the Chern Medal Foundation (CMF) to be bestowed in the same fashion as the IMU’s other three awards (the Fields Medal, the Nevanlinna Prize, and the Gauss Prize), i.e. at the opening ceremony of the International Congress of Mathematicians (ICM), which is held every four years. The first such occasion was at the 2010 ICM in Hyderabad, India.[1]

Each recipient receives a medal decorated with Chern’s likeness, a cash prize of $250,000 (USD), and the opportunity to direct $250,000 of charitable donations to one or more organizations for the purpose of supporting research, education, or outreach in mathematics.[1]

Chern’s work extends over all the classic fields of differential geometry. Differential geometry is a mathematical discipline that uses the techniques of differential calculus and integral calculus, as well as linear algebra and multilinear algebra, to study problems in geometry. The theory of plane and space curves and of surfaces in the three-dimensional Euclidean space formed the basis for development of differential geometry during the 18th century and the19th century. [3] It includes areas currently fashionable (the Chern–Simons theory arising from a 1974 paper written jointly with Jim Simons), perennial (the Chern–Weil theory linking curvature invariants to characteristic classes from 1944, after the Allendoerfer–Weil paper of 1943 on the Gauss–Bonnet theorem), the foundational (Chern classes), and some areas such as projective differential geometry and webs that have a lower profile. He published results in integral geometry, value distribution theory of holomorphic functions, and minimal submanifolds. 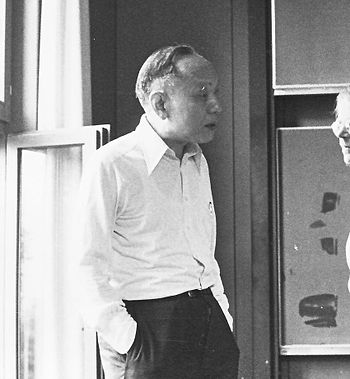 He was a follower of Élie Cartan, working on the ‘theory of equivalence’ in his time in China from 1937 to 1943, in relative isolation. In 1954 he published his own treatment of the pseudogroup problem that is in effect the touchstone of Cartan’s geometric theory. He used the moving frame method with success only matched by its inventor; he preferred in complex manifold theory to stay with the geometry, rather than follow the potential theory. Indeed, one of his books is entitled, “Complex Manifolds without Potential Theory”. In the last years of his life, he advocated the study of Finsler geometry, writing several books and articles on the subject. [2]

While all of this may seem very lofty, it is impressive to know that continued studies in the mathematics world could reap large rewards and recognition. Using a program like ALOHA may help your child see the benefits and uses of mathematics, causing an intrigue to lead to a prestigious award or a career in the mathematics field.